I created this survey to research the design and creation of a business directory and job listing site for the audio visual industry in Kenya (and possibly the rest of Africa). Let me know what your needs and interests are in the area.

Are you interested in job listings and a business directory for the AV industry in Kenya? Fill out this short survey now. Kenyan Audio Visual Service Directory Survey

I spent the summer in Nairobi and had the opportunity to meet with some of the local audio industry. I had a hard time finding local production companies at first so with the help of Odoi Gabbi from Live Gigs I have compiled a list of six of the biggest between Kenya and Uganda. 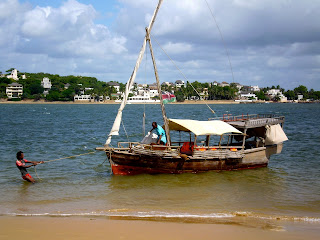 Here is a short summer update. I decided to accept an invitation from a friend of mine to spend the summer in Nairobi. It’s actually winter here, but about as winter as it could ever be on the equator. I’ve done some traveling around Kenya already, but it’s really nice just to sit outside anywhere as so many of the plants and birds are completely foreign to me.

I decided to spend some of my free time here teaching myself AutoCAD and KompoZer. I’ve been wanting to learn a 3D design program since I started doing more sound system design a couple of years ago and Autodesk’s program seemed to be most widely used. I also need to update my websites (Nathan Lively, New Sound Arts, Zé Dos Frangos, Mistura Pura) and Kompozer came well recommended as a substitute for Dreamweaver, plus, it’s available for Mac and PC.

I searched around for a while for suitable AutoCAD training materials online. I found plenty of material, but what I really wanted was some first-hand advice comparing each one because I would like to get my AutoCAD certification when I get back to the US. In the end I picked MyCadSite because it is free and looks easy to use. I’ve been through the first set of tutorials and have learned a lot. My left-brain is really enjoying it. I recommend MyCadSite, but in this case you do get what you pay for. It’s not pro. There are orthographical and grammatical errors plus the drawings that you are to replicate seem hastily done. It’s not that big a deal, but the guy has had the site up for 11 years, soooooo… oh yeah, it’s free!

I previously used a really simple web design program called SiteSpinner. I wish I had some screen shots from some of my first websites cause I put a lot of hours into that software. SiteSpinner served its purpose, but I’m moving on. I read good things about KompoZer and decided to check it out. I also found a nice guide that Charles Cooke has written and posted for free online. It’s well written and covers the basics without getting too technical. I haven’t done any real editing, yet, but so far KompoZer seems simple and elegant.

A Note On ADSL, Broadband, High-Speed Internet In Nairobi
I did some research when I first arrived in Nairobi on local ISPs. I decided to sign up for Zuku since it seemed to be the best deal. I had heard bad things about them, but I had also heard bad things about all of the other providers. After signing the contract and paying the installation fee the Zuku sales person said that it would take 8 business days to receive service. I called him every day. There were lots of excuses and delays and finally a month later he told me that there was no signal available at my house. The next day I went and bought a USB modem from Orange and through a promotion now have unlimited internet access at home. Pfffff, if I had just done that a month ago.